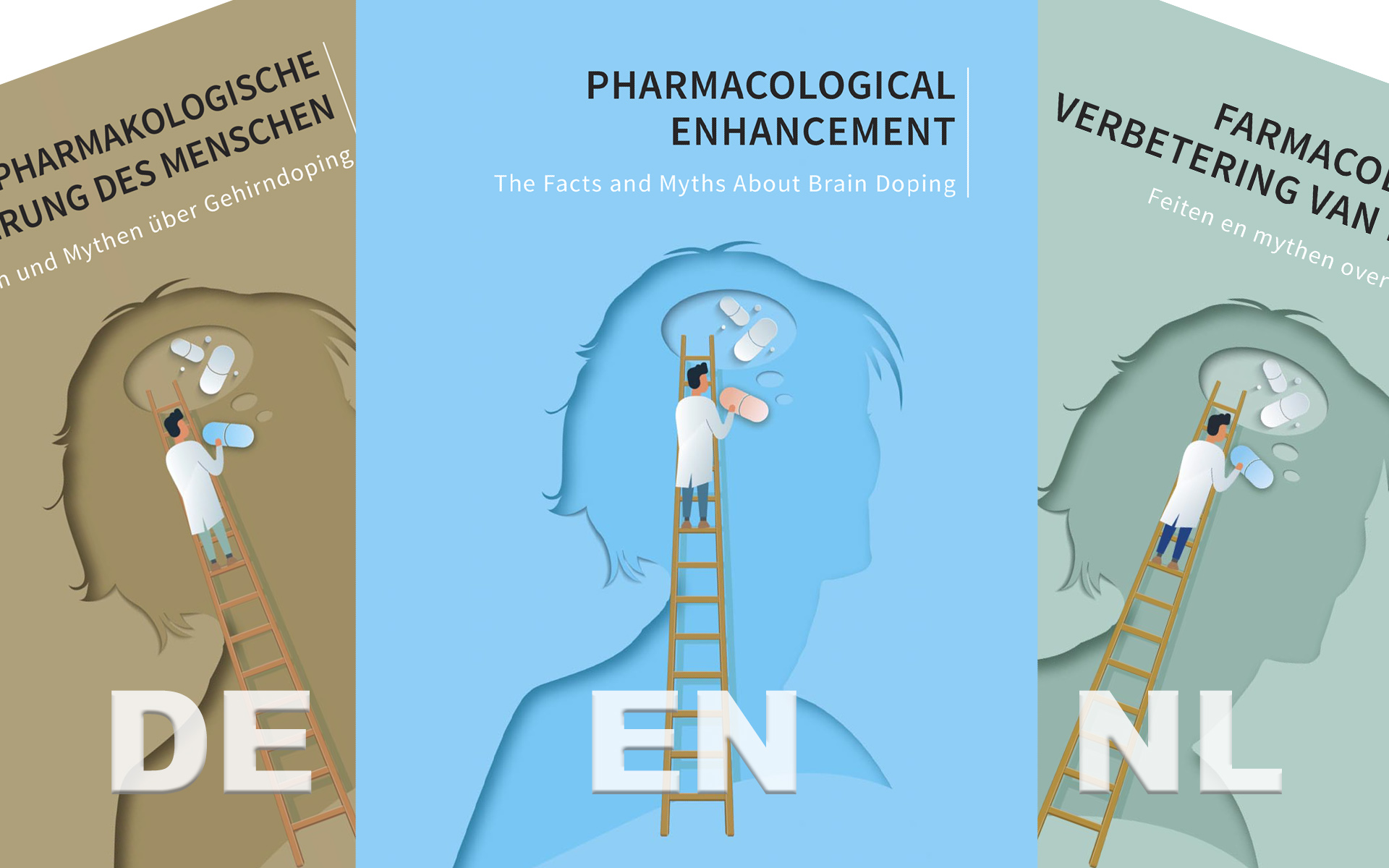 Who hasn’t heard of brain doping (neuroenhancement)? Media reported that some 20 to 30 percent of students are using prescription stimulants when learning for exams. Are such reports accurate? And what do we know about the effects of amphetamine, Ritalin, or microdosing? Will you miss something when you don’t join this trend? Or is it nothing but the next hype? This new report summarizes 15 years of research and is available for free.

Faster, better, more efficient: Who doesn’t know the expectation that everything must be continuously optimized? Already in school we’ve heard of lifelong learning. The governments of highly developed countries, but poor in resources, sometimes perceive their people as ‘mental capital’. And in occupational psychology it has long been common to understand employees as ‘human resources’. Simultaneously people are complaining more about stress and the diagnosis of burn-out and depression is ever more increasing.

Against this background, it is unsurprising that brain doping is seriously being discussed. Does pharmacology really offer solutions to the problems of our times? Which potential have drugs that are used by many out of their own choice to enhance performance? Can a pill transform an average person into a ‘little Einstein’? Media reports often play with such ideas – or draw a horror picture.

More than 15 Years of Research

Stephan Schleim has been investigating these issues for more than 15 years and he illuminates them from a social, pharmacological, and philosophical perspective. The report that is now available for free and which has been funded by the Dutch Research Council NWO as part of the ‘History of Neuroethics’ project summarizes scientific results from more than 70 years in a commonly understandable form. The report also addresses the new trend of microdosing, that is, the use of minute doses of psychedelics like LSD.

In an unprecedented way, the report also addresses the ethical values in favor or against a pharmacologic improvement of people. The topic is related to the broader issue of instrumental substance use. That is, people have been using psychoactive drugs to achieve certain aims since thousands of years. A section at the end answers frequently asked questions and thus complements this report with a more personal perspective.

You are welcome to leave a comment if you have any further questions.

I collect no personal data. My web host only creates general and anonymous access statistics.

Although all links are carefully controlled, the provider of this website takes no responsibility for their content. Comments are controlled and the provider alone decides whether they are published.