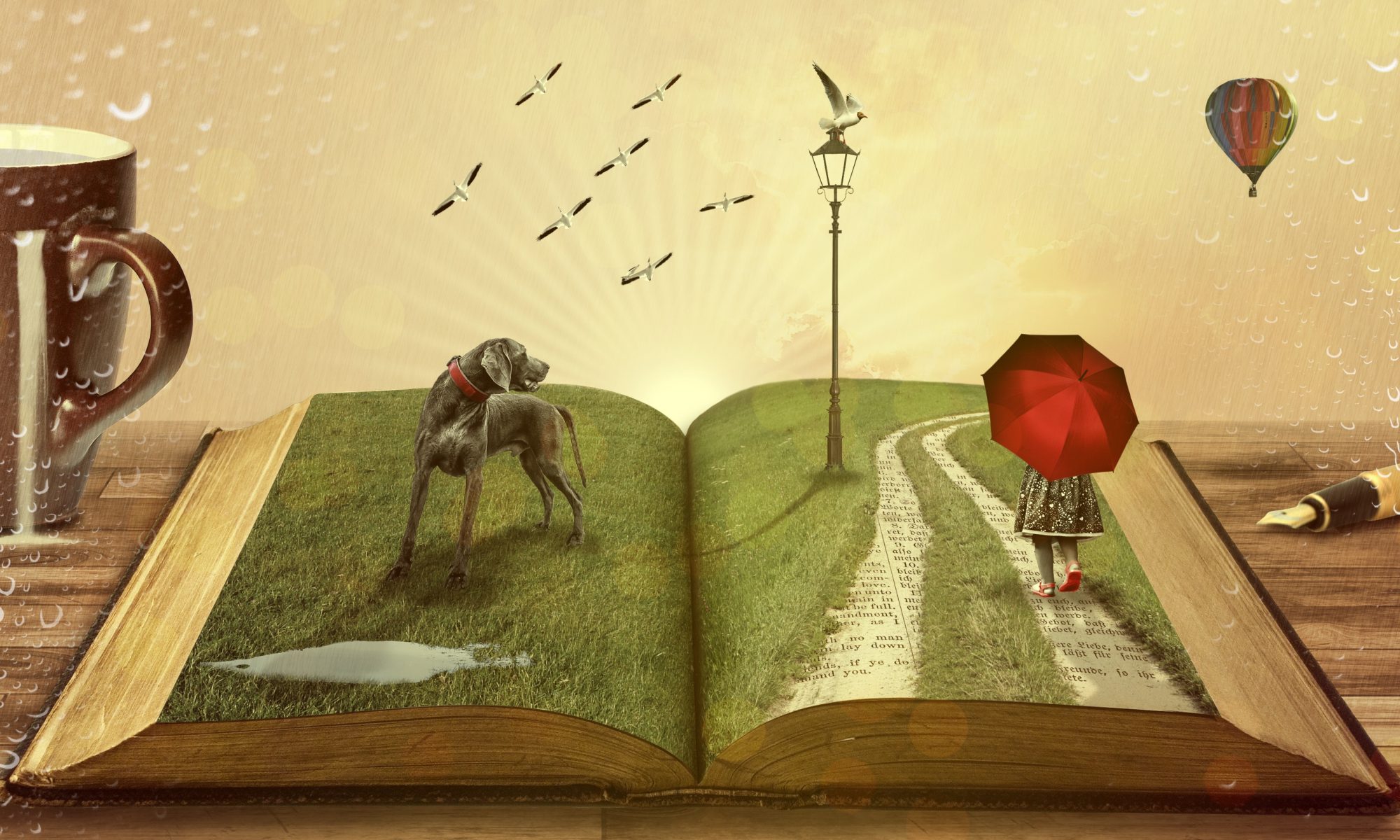 A book that has deeply shaken me in my convictions about people and society, but in a positive way, was Burrhus Skinner’s (the famous behaviorist; 1904-1990) “Beyond Freedom & Dignity”. It is a compilation of essays but with a clear thread through all the chapters: questions such as what is the mind, what kind of beings are humans, how does society work, and how can it be “designed”? Different from philosophers who attempted to answer such questions out of the armchairs of their offices or libraries, Skinner also had gained a lot of experimental knowledge of animal and human behavior. Please read what I have written about this book earlier for the 2014 edition of the recommended readings on the MindWise Blog (Heymans Institute of Psychology, University of Groningen) if you are not convinced yet. If you find Skinner’s ideas interesting, you might also like his novel “Walden Two”.

A personal note: The book fascinated me so much that I could not let it go in a very particular week of my life, in June 2012 right before I had an interview in the final round for a research grant worth EUR 250,000. I took this photo to keep a memory of this moment. You can see a pile of documents and papers on the table, stuff I wanted to read again to prepare that important interview, but I preferred Skinner’s book instead. The interview in the afternoon of June 13 did not go well – but that procedure would have severe consequences both for the institution deciding on the grants and me. I might write another time more about this.

Bertrand Russell (1872-1970) was a British philosopher, mathematician, and social reformer. He tried to ground all of mathematics in formal logic terms (“Principia Mathematica”, with A. N. Whitehead) but also wrote important essays on political philosophy, for example, on equality, peace, and a better education or economic system. In his famous essay “In Praise of Idleness” he argued that everyone should not work more than 20 hours a week and that technical progress should be used to allow people live a better life – in particular a life with less work – instead of using profits to make businesses more competitive, fire employees, and make the already rich people even richer.

I think that there is far too much work done in the world, that immense harm is caused by the belief that work is virtuous, and that what needs to be preached in modern industrial countries is quite different from what always has been preached. (In Praise of Idleness, 1932)

Russell received the Nobel Prize for literature in 1950. I was also very impressed by his efforts to investigate crimes against humanity during the Vietnam War (the Russell Tribunal) together with the French philosopher Jean-Paul Sartre (who actually refused the same Nobel Prize in 1964). “Why I am not a Christian” is also one of Russell’s essays which I can recommend. Note that Bertrand Russell was also the 3rd Earl Russell and that his ancestor John Russell (1792-1878) had been British Prime Minister twice. Bertrand, instead, decided to devote his life to philosophy rather then politics or the common pleasures of the gentry, even when that meant facing conflicts.

Thomas H. Huxley (1825-1895), ancestor of the famous writer Aldous Huxley, was also known as “Darwin’s Bulldog” because he dared to champion Evolutionary Theory in debates with members of the Church, while Charles Darwin chose to avoid conflict (he himself came from a pious family). Huxley was a biologist but also wrote some brilliant essays about philosophical topics, e.g. the one on “Animal Automatism” (also known as epiphenomenalism) or “Agnosticism” (sometimes called “Scientific Agnosticism”) where he actually formulates a definition of that “creed” which, in my view, is at the same time the most brilliant definition of what “scientific” could mean. Huxley relates this train of thought to nobody less but Socrates.

Agnosticism, in fact, is not a creed, but a method […]. Positively the principle may be expressed: In matters of the intellect, follow your reason as far as it will take you, without regard to any other consideration. And negatively: In matters of the intellect do not pretend that conclusions are certain which are not demonstrated or demonstrable. (Agnosticism, 1893, Collected Essays, Vol. V, p. 245f.)

Simone de Beauvoir (1908-1986) was a French existential philosopher, novelist, and one of the best feminists ever. Books like her best-known work “The Second Sex” are not easy to read in our present days, just because of their voluminosity. But you can also read the chapters you are most interested in selectively. I learned much from her critical review of Marx or Freud, for example. Or how did patriarchy probably come to exist? The parts on the particular experience of women or how male-female romantic affairs are working were very interesting, too.

One of the most important ethicists of our time who has not only meant much for the animal rights movement, but also for protecting the environment or fighting poverty is Peter Singer. I even had the pleasure of meeting and talking to him a few times in person. His “Practical Ethics”, in the meantime published in numerous editions, can also be read by non-philosophers who want to learn basics about ethics. I can also recommend his “How Are We to Live?” as inspiration to think about the meaning of life and what makes people happy.

This is about somebody who would sacrifice the highest good that he possessed, his life, for the sake of authenticity and justice: Socrates. Reading how he, after being sentenced to banishment or death because of heresy and “corrupting the young”, decided not to flee but take the poison instead deeply moved me. He staid true to his ideals and accepted the punishment that society gave him. If you want to find out why this real philosopher started to learn playing the flute just hours before the end of his life, then read the “Apology”.

One of the two novels I read the most times in my life is Hermann Hesse’s (1877-1962) “Siddhartha”, a beautiful story about Indian philosophy and the meaning of life. I once even bought the first edition of 1922 which I once took to the Ganges River in Rishikesh for reading. Hesse wrote a lot which can be comforting for those who do not feel part of society and he is still read a lot today by people in many countries. Note that he also dared to criticize the Nazis as they took control over Germany, who in turn prohibited and burned his books, and received the Nobel Prize for literature in 1946. Other novels I can recommend are “Narziß und Goldmund” and “The Glass Bead Game” (“Das Glasperlenspiel”), but please do not start out with the latter if you have never read Hesse before; it’s more for “insiders”.

This is the other of the two novels I read the most times in my life: Antoine de Saint-Exupéry’s (1900-1944) “Little Prince”. Note that the French original has become copyright-free in the meantime. You could call this a children’s book, but in my view it is also a great characterization of how our adult mind and experience are shaped by conditioning and thought-patterns. Do you dare to perceive the world from the perspective of a child again?

Ray Bradbury (1920-2012) was an American writer of science fiction. I read “Fahrenheit 451” in school, but also a couple of times later. Bradbury sketches a world in which intellectuals are not welcome and books are even forbidden and burned my “firefighters”. But as the martial and consumeristic society destroys itself, intellectuals are waiting for their time to return. There is always some hope left. One of the characters impacting me a lot is the young Clarisse McClellan who gets the lead character Guy Montag, whose job it is to find and destroy books, to start thinking and questioning what he is doing. Oh, we need more women like her!

George Orwell (1903-1950) is probably most famous for “1984”, but “Animal Farm” is also worth the read (and comfortably short, too). Did you know that Orwell had a rather dramatic life, too, for example fighting in the Spanish Civil War of the 1930s were he even got a bullet in his throat which required him to return to Britain? If that bullet had traveled slightly different through is body, then we would have never had his famous novels of the 1940s. Am I the only one who is increasingly reminded of our society when he reads these stories?

Kleist (1777-1811) wrote a masterpiece about fighting injustice in a time when the modern constitutional state was not yet born and the aristocrats enjoyed different laws and privileges than the citizens. A must-read about the reflection on the struggles of one’s life and how to deal with the abuse of power.

Please also see my article on the Ethics of Yoga on my yoga website for some recommendations on original yoga texts.

Advaita (meaning: non-dual) Vedanta is one of the six classical philosophical schools of India and probably the most popular nowadays. I must say that while Western psychology discovered a lot general knowledge about human cognition, emotion, and behavior, I never had the impression that the workings of our mind are explained so well before reading Advaita Vedanta books. Recommended reads are: “Yoga als kunst van het ontspannen” (Dutch; W. A. Keers, J., J. Lewensztain & K. Malavika, 90th edition, 2008), “Yoga and Psychotherapy: The Evolution of Consciousness” (Swami Rama, R. Ballentine & Swami Ajaya), and, more applied to real-life problems: “Satsang: In the Presence of Truth” (Sadhvi Bhagawati Saraswati) which can be downloaded for free on her website.